And his Instagram updates are hinting that he is well prepared for his imminent project. The artist’s previous blockbuster album G.O.A.T. made all of us groove. And now the release of his new album is approaching soon.

In his latest Instagram post, he has given a sneak that his new album is on board. Along with that, he shared that a lot of stuff is going on and there are several things that he wants to share which he will express via his album’s intro.

He revealed that he has penned something but is having second thoughts about sharing it out too. But he will do his best to communicate. His album is almost ready and the shooting part of the album is in the queue. He also said he is taking some time for himself. Currently, he is in Wyoming, Matotipila from where he posted his clip.

His post has left the fans excited and curious about the upcoming project. Let’s wait for sometime to let other surprises unveil too. 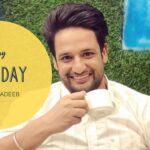 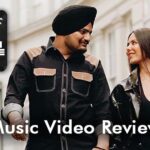