Diljit Dosanjh is very active on social media and generally replies to his fans’ questions to him. This time, replying to a fan’s tweet asking him about the release date of the album, Diljit Dosanjh spilled some tea.

On being asked when is his album Moon Child Era releasing, Diljit replied that it will most probably release in the month of July. Interestingly, Diljit’s last album, G.O.A.T., was also released at the end of July month and Diljit is planning to drop his new album on the same date too. So maybe we can witness the release of the Moon Child Era at the end of July month.

Diljit also revealed other important information. He revealed that his Netflix film is also on its way and the audience can expect it to release in the coming months.

To everyone’s surprise and to clear all the air, this morning Diljit Dosanjh uploaded an Instagram story. Now it has been confirmed that the Moon Child Era will release at the end of July, when his last album GOAT was released.

Moon Child Era is a Diljit Dosanjh, Raj Ranjodh and Intense project. All the three artists are highly reputed in the industry and their collaboration is going to be huge. We hope to listen to Moon Child Era as soon as possible and expect it to be even better than the already-perfect GOAT! 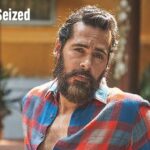 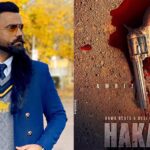