Actor and Singer Diljit Dosanjh is ready to entertain his fans with his upcoming film “Honsla Rakh” on this Dusshera. Recently the actor took it to his social media handle and disclosed the first poster of his upcoming film Honsla Rakh. The film will be directed by Amarjit Singh Saron who gave us multiple laughing doses with  his blockbuster films like Jhalle and Kala Shah Kala.

The film is going to hit the cinemas on 15th-oct-2021 as the makers have an eye on Dusshera weekend. The film is going to be bankrolled by Daljit Thind, Diljit  Dosanjh and co-produced by Pawan Gill. The story of the film is written by Rakesh Dhawan who penned films like Chal Mera Putt and Aashiqui Not Allowed.

Director Amarjit Singh Saron and writer Rakesh Dhawan are going to reunite once again after the film Kala Shah Kala. It’s going to be interesting to see the fresh chemistry between Diljit Dosanjh and Shehnaaz Gill.

Also Read: Sonam Bajwa Replied To A Comment Accusing Her For Not Supporting The Farmers Protest 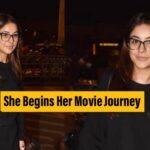 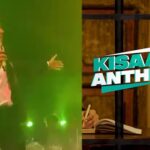