G Sidhu who has been bringing hit after hit into the industry since his first release has embarked his name in the heart and mind of people with his songs. From his beginnings as the founder of a local university bhangra team to becoming internationally known Punjabi singer, G Sidhu has gone quite a distance in his journey into the music world.

Every track he brings into the public eye has its own unique vibe which gives audiences a song for every mood.

But do you know that other than entertaining people he also helps people. Very few know that this talented artist has also been a practicing doctor. Prior to the video of song ‘Apni Jaan’ (Suicide), many were not aware that G. Sidhu is also known as Dr. Gursimran Singh Sidhu, and is a board certified psychiatrist, which was part of his motivation behind the song.

In the music video he plays the role of the main lead’s therapist who is helping him navigate his mental health. The artist is not only acting but informing and sharing messages through a PSA about mental health at the end of the video. He urges the Punjabi community to collectively combat the stigma surrounding mental health issues.

He says, “whenever we have a physical ailment, we don’t hesitate to seek medical assistance, however I don’t know why we hesitate to ask for help when it comes to depression or any psychological pain.”

Hence, once again Candlelight singer G Sidhu has won our hearts by showing that being an incredible singer, he is a successful doctor too. And this proves that if you are truly passionate about something, you will never let anything come to your way, even time! 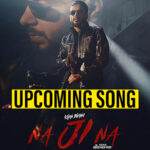 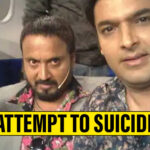