Classroom lessons might easily fade from one’s memory, but punishments and life lessons taught by teachers in school and college remain ingrained forever. A few of these lessons are still remembered by one of the prominent artists of Punjabi industry.

Some names need no introduction and Punjabi singer-actor Harbhajan Mann is one of them. The artist has been known to entertain the audience with his quality work in the field of music and movies, and even till date he strives to offer his best to his fans. However, did you know that Mann, who today is counted among the popular faces of Punjab, actually spent his childhood in Canada? Yes, he moved to Canada at the age of 10 years.

In one of his talk shows, the artist revealed that when he came to Canada for studies, he made a couple of punjabi friends in his classroom. As everyone came from a small village in Punjab, so all of them spoke in their native language. But unfortunately in the classroom they were not allowed to speak in languages other than English.

English was their second language. And he said that they were not very friendly with this language. So Harbhajan and his friends always converse in punjabi. One day his teacher was very fed up with all of them and asked to pick up garbage, cans and clean the school grounds. So, the punishment they receive for not speaking in English leads them to become a perfect English speaker.

He further added that his teacher really loves him and when he came back to India to pursue his career, she used to ask a lot about his health, career and life.

Now the artist has embarked his name in the music industry and he always makes sure to treat his fans with a melody that tugs at the heartstrings. 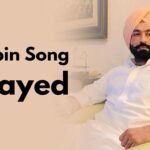 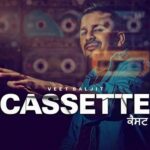