Payal Rajput who has been blessed with many films to her credit says that she is a greedy actor who wants to explore as much as possible. The actress has been highly appreciated for her performance in her films. Now, she has been on the lookout for picking versatile roles that give her enough scope to showcase her acting skills.

But the actress who has tried her hand in every genre, is afraid of doing comedy films. And when she got an offer for the Punjabi film Marriage Palace, she was uncertain and scared. The actress revealed that she once thought to reject the offer but then she gave it a thought when she got to know about the cast members like Sharry Mann, Jaswinder Bhalla, B.N. Sharma, Anita Devgan, and many more. She thought she would learn many things from these experienced artists and would be perfect in the new genre too.

But the actress has really bagged the role and marked her name into the new niche. Now we can see her interest in every role be it emotional, thriller, comedy or bold. And it seems like the actress has an uncanny knack for bagging authentic roles in happening projects.

Now, speaking of the film Marriage Palace, it was a huge hit and is considered as one of the best Punjabi films in the comedy genre. 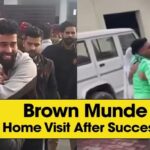 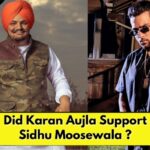