Sonu Sood has been in the news for his philanthropic efforts, as he has been at the forefront of relief efforts since last year. He is even given the name ‘Messiah’. Let’s have a glance at his journey from Moga to Mumbai. Sonu Sood recently appeared in the Punjabi song ‘Pagal Nahi Hona’ by Sunanda Sharma. Many think that it was his Punjabi debut song but they were wrong.

The versatile actor Sonu Sood, has not only worked in Tamil, Telugu and Hindi films but also appeared in Punjabi music videos. He started his career as an actor with a music video. He was featured in Gurdas Mann’s ‘Jaadugarian’ and then he did another music video with Surjit Singh Bindrakhia ‘Jatt di pasand’.

The actor reveals in an interview that lately he wanted to do Punjabi film and got many requests from his fans and well-wishers in Punjab. But there was no time to do a full-length feature film. So when the opportunity to do this music video came along, he immediately said yes to Sunanda Sharma’s Pagal Nahi Hona.

The actor has struggled a lot during his career but now he made his mark in the industry and worked with A-listers actors like Shahrukh Khan, Akshay Kumar, Salman Khan and many others.

Actor Sonu Sood Honoured By SpiceJet For His Humanitarian Efforts

Moreover, the charm and impact that Sood holds is something to be admired. His journey from being an engineer to an entertainer is really inspiring. 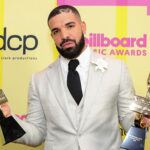 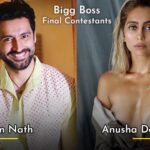