Amninderpal Singh Virk aka Ammy Virk, a very famous actor, singer and producer is a renowned personality of Punjabi Industry. He rules everyone with his persona and charisma. He enacts all his roles with honesty and sure does justice to the characters.

Starting a career from scratch is not everyone’s cup of tea and you sure need to go through a hell lot of journey. Ammy started his career from zero and all his hard work led him to this successful life. In an interview, Ammy Virk shared a story that shocked us to our core.

There was a time when Ammy Virk had only Rs 40 in his account. Around the years 2014-2015, he and his team had a show in zirakpur. As they were hungry, they decided to eat before the show and planned to eat burgers. Since all his financial decisions were taken care of by his brother so he called his brother.

Although after the show, 1 Lakh rupees were deposited in his account but at one point he only had Rs40 in his bank account. This story is an inspiration for all us and made us realize that if you have the will to achieve your goals, even a low balance cannot stop you. 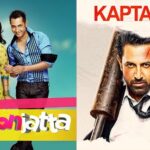 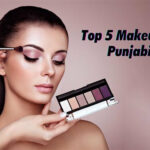