Celebrated all over the country with loads of happiness, especially Punjab, Lohri is a festival that brings people together. The busy life of today does not allow people to spend much time together but Lohri puts a stop to all the hustle and bustle and gives everyone a moment to cheer and celebrate with their near and dear ones, the people who they have ignored in their fast-paced lives.

Lohri is celebrated every year on 13 January, but do you know the stories and legends behind this festival? Most of them know only about Dulha Batti, but there are many other legends behind the festival Lohri. Let’s read about the same below:

A very long ago in Punjab, the rural people had started a sacred verse that when chanted invoked the Sun God to shine brilliantly and give the people protection from the harsh cold weather.

This mantra was created to invoke the Sun God to send them so much heat that the winter cold would not affect them. And, in thanksgiving to the Sun God, they chanted this mantra around a fire on the last day of ‘Poush’. The Lohri fire lit during Lohri represents the sun god.

According to one legend, the festival Lohri owes its name to Loi, the wife of Sant Kabir. In the rural areas of Punjab, the word Lohri is often pronounced as Lohi. Some people assume that this is the reason behind the name “Lohri”.

As per the another legend, on the eve of Lohri the most popular songs sung by groups of boys and girls that always end with the exclamation ‘ho’:

Dulla Bhatti is a saga of a man who used to steal from the rich and rescue girls sold off to the Mughals. He used to rescue the girls and provide for them, including a suitable man for their weddings.

The song encourages the youth to protect the honor of their sisters, daughters and punish those who try to dishonor them. His songs of bravery and courage are sung and rehearsed everywhere in Punjab.

According to another legend, Holika and Lohri were actually sisters. After an order given from Harnakash, Holika took Prahlad and Lohri to sit in the fire, while Holika perished in the Holi fire, her sister Lohri withstood the trail with Prahlad.

5. The Derivation Of The Name ‘Lohri’

There is also another story that infers that Lohri comes from the word ‘lot’, which means the light and the warmth of the fire. Eating of ‘til’ (sesame seeds) and ‘rorhi’ is considered to be essential on Lohri day which is why perhaps the words ‘til’ and ‘rorhi’ merged to become ’tilorhi’, which eventually got shortened to Lohri.

We are pretty sure this helped you to know much more about Lohri. So, it is not just a festival of burning fire and gathering around. Every festival carries a meaning and deep history behind it. After all, that’s what makes India, our culture, our heritage, our tales and our history special. As it is said, “Incredible India”. 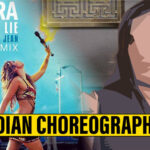 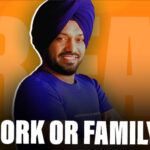