It was just yesterday when the news of farmers tearing the posters of Akshay Kumar’s film Sooryavanshi and boycotting its release in almost five cinema halls were out. But what made the farmers shut down the screening of the film in the theaters of a famous mall, The Bestech Square Mall, in Chandigarh.

After a group of farmers boycotted to not screen Akshay Kumar’s latest released film ‘Sooryavanshi’ in some theaters of Punjab, the owners of the cinema halls accepted their offer to not release the movie in their respective movie halls.

But what made farmers shut down the mall even after the promise made by the owners to them. It was that the Bestech Square Mall’s owners accepted the request and decided to not screen Sooryavanshi after seeing the anger of the farmers in the recent protest.

According to farmers, the next day, the mall’s owners disagreed with the promise they made to the protesting farmers earlier this week to not screen the movie.

Just recently it was noticed that the farmers have reached the Bestech Square mall with their tractors and jammed the road by protesting against the mall for screening Sooryavanshi and the reason being, the mall was shut down and the movie’s screening was banned.

According to farmers, Akshay Kumar does not support the farmers in their tough times and this is the reason it will be strictly prohibited for everyone to not release his film in the theaters in Punjab. 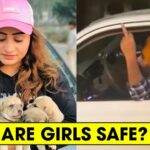 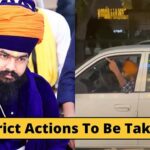