Alia Bhatt’s Gangubai Kathiawadi will soon be hitting the big screen on 25 February 2022. The trailer of the magnum opus has already garnered love from the audience with Alia’s performance being the highlight of the film. She has been praised for her performance in the film.

But this time, the film is making headlines for not some happy reason. Gangubai’s adopted son Babu Raoji Shah and her granddaughter Bharti are not happy about the Alia Bhatt starrer.

Gangubai’s purported adopted son Babu Raoji Shah had filed a petition against the film Gangubai Kathiawadi in 2021. A Mumbai court had even summoned director Sanjay Leela Bhansali and actress Alia Bhatt in the case and later the Bombay High Court had refused to stay the release of Gangubai Kathiawadi. They also granted an interim stay on the criminal defamation proceedings against the makers of the film.

This case is still pending and Gangubai’s adopted son Babu Raoji Shah in an interview with Aaj Tak said, “My mother has been turned into a prostitute. People are now saying inexplicable things about my mother.” The family lawyer of Babu Raoji Shah has said that the family has been in shock ever since the trailer of the film was released.

Not only her son, but Gangubai’s granddaughter Bharti says, “The makers have defamed my family out of greed for money. It cannot be accepted. You did not ask for the family’s consent before going ahead with the project. You did not come to us while writing the book, nor did you seek our permission before making the film.”

“We used to proudly narrate the stories of our grandmother. But, after the trailer was released, people have been calling to tell us how she is being portrayed as a prostitute. My grandmother has worked for the upliftment of the sex workers there throughout her life. What have these people turned my grandmother into,” she concluded.

ALSO READ | Who Was Gangubai Kathiawadi? The Prostitute Who Became Mumbai’s Mafia Queen

The family is very disheartened as many relatives are now questioning the portrayal and asking if Gangubai was really a prostitute and not a social worker as they had said. 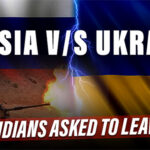 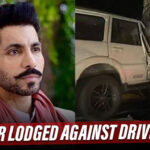