Bollywood Film Industry seems all gold and glittered when we all look at it. And not only about the professional lives of our favourite B-town stars, but their personal lives also look fascinating and dreamy. But the reality might be absolutely different. Even if we talk about Shah Rukh Khan and Gauri Khan, fans consider them the ideal couple. But very few people actually know they too actually have been through difficult phases in their lives.

In fact, there was a time when Gauri Khan had made up her mind to divorce Shah Rukh Khan. And all this happened following a rumoured relationship between Bollywood’s Badshah Shah Rukh Khan and Priyanka Chopra.

Though there was nothing confirmed, this relationship made a massive buzz and also marked space in entertainment news headlines. And when Gauri Khan found out about Shah Rukh Khan’s affair, she was furious and even ready to divorce her husband.

And to settle the case, Gauri strictly asked Shah Rukh Khan to stop working with Priyanka. And the Don couple; SRK and PC actually never happened to act in any other movie together afterwards.

Shah Rukh Khan too reacted to the reported affair with Priyanka Chopra a few years ago. He referred to her as a good friend and said, “To be honest, I can be a little less confluent with the actors. But Priyanka always makes me comfortable. If my hair gets worn then she fixes it.”

He also went on to say, “It’s good to work with such friends. Apart from this, only I know what things I want to do inherently. When you work with an actor for so many hours and build a good relationship with each other, it brings great happiness. It only feels sad when outside people give a wrong name to this relationship.”

Everything between the Bollywood power couple is now sorted and they are enjoying a healthy relationship with each other. On the other hand, Priyanka Chopra too got married to Nick Jonas in 2018. 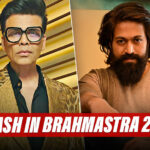 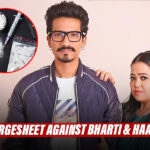