All the fans of Punjabi cinema will be extremely happy to know that finally, the film industry is getting back on the track slowly. Due to the severe condition of COVID-19 in the country, everything faced lockdown, due to which the Film Industry was one of the industries in greatest loss. You might not believe it, but the Punjabi Cinema had a loss of more than 100 crores Indian Rupees.

Our sources reveal that Vijay Kumar Arora directed, ‘Paani ch Madhaani’ is ready to be shot super soon. This film was announced in the month of July this year, which will be released in February 2021.

The film stars Gippy Grewal with Neeru Bajwa. Not only this film is special because these two extremely popular and loved celebs of Punjabi Industry will be sharing screens after really long, but also this is the first film of Neeru Bajwa after her delivery.

The shooting of the film will start in the first week of September in Canada, and the entire team will fly to Canada, as celebrities have started travelling for their films.

The poster of this upcoming film looks so appealing that we are already finding it extremely difficult to wait for it. 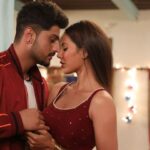 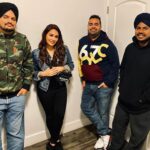