A few days back director Rana Ranbir shares the first poster of his upcoming film “Snowman” where he mentioned that a new project is cooking up. And now Rana Ranbir has come-up with a behind the scene video from the sets of Snowman. In the video male lead actor Gippy Grewal is seen enjoying the freezing temperatures and director Rana Ranbir shows his excitement for the upcoming movie.
Check out the video over there:

Where on the other side, the official Instagram account of Snowman is giving time to time updates from the set. In it’s recent post director, Rana Ranbir is seen sittng with a gang of other artists and crew on the first day of shooting.
Have a peep at the post:

If we talk about the plot, the film will follow a crime on a hill station, and the unexpected deaths bring in horror among the people. The thriller based film will be a reunite of Gippy Grewal and Neeru Bajwa after a long time. 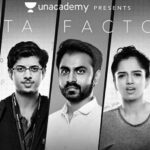 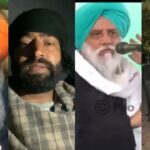