Gippy Grewal and Neeru Bajwa starrer Paani Ch Madhaani is almost set for its grand release. The most awaited film will make its worldwide theatrical release this Diwali on 4 November, 2021. Prior to the release of the film, Gippy Grewal has shared his look from the film.

Gippy Grewal looks completely unrecognisable in his new avatar for the movie. He shared a picture with his co-star for the movie, Karamjit Anmol. Both of them have gone through a complete makeover and you cannot recognize them in the first instance.

When you look closely, you realize they are the same actors. Karamjit Anmol and Gippy Grewal have turned into old men with long white beards. Karamjit Anmol wears spectacles which give him that old man look. Both the actors have also tied turban for this movie. Gippy especially looks completely unrecognizable in his ‘Pagg’ avatar.

Fans were more than excited to get a glimpse of the actors’ looks for the upcoming movie because Paani Ch Madhaani has been a very anticipated project for a long time and equally unique too. Now, they’ve finally got to see their favourite actors, all ready in their new look for the Diwali releaser.

Paani Ch Madhaani will make its grand release worldwide on 4 November, 2021. Initially, it was scheduled to be released on 21 May, 2021 but the second wave of coronavirus messed up all the plans. The team then waited for the virus breakout to settle down and now, when theatres have finally been opened countrywide, the team has announced the movie releasing on 4 November, 2021. 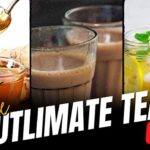 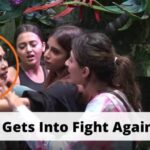