It is the happiest moment for all the ‘Sanam Teri Kasam’ fans as the sequel of the much loved movie has been finally announced. This movie released in 2016 and did an average business at box office, but whoever watched it loved it and remained a fan of it till now. The romantic movie starred Harshvardhan Rane and Mawra Hocane in the lead roles, and now Harshvardhan is the one who took it to his social media handles to announce this happy news.

The film’s directors Vinay Sapru and Radhika Rao are now all set to roll the sequel of Sanam Teri Kasam on floors this year in September-October. And talking about the same, Vinay Sapru told Bombay Times,

“We’re really happy that we could crack a story for this one. It moves ahead – it talks about what happens to Harshvardhan Rane’s character after Mawra’s character dies in the first outing. In that sense, the films are connected with one another. We’re all very excited about this. We had been thinking a lot about what we could do to take this film forward into a sequel. It has taken us six years to arrive at this juncture. The film has achieved a cult status and we didn’t want to disappoint the audience with an underwhelming story. So, even though the intention was always there, we didn’t proceed until we found a story that both Radhika and I were happy with. While people recall Sanam Teri Kasam for its fantastic songs, there’s a beautiful love-story at the core, which stems from our mythology – the mythology around Lord Shiva and Sati. The sequel also has its roots in mythology – in Shiva and Parvati. It’s urban and contemporary but the films are soaked in the mythological stories that we have all been exposed to in some form. The music will be the sequel’s backbone, too.”

It is expected that Mawra’s character will not be a part of Sanam Teri Kasam 2 as it had died in the first part of the movie. Yes this news is heartbreaking but the makers have assured that they’re trying their best to make the sequel equally beautiful and heart winning.

The fans are super excited on the internet and the news of the official announcement of Sanam Teri Kasam 2 is spreading like a wildfire. From Twitter to Facebook and Instagram, every fan is talking about it. 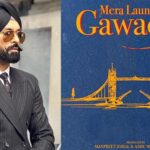 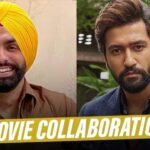