This announcement has created hysteria among fans and led to a trend on social media before it’s release. Hashtag Moon Child Era is trending on Twitter and now it seems like Diljit, who broke all records from his album G.O.A.T, will be again hitting the music charts with his upcoming album

Not many details and updates about the album have been disclosed, but it is for sure that everyone likes what he served to his fans. 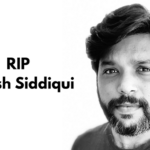