Good Newwz, released in 2019, was a massive superhit of that year and was the first film based on the story of IVF process, but with a comical effect. Akshay Kumar, Diljit Dosanjh, Kiara Advani and Kareena Kapoor were the lead starcast that led the film to success. You might wonder that these actors would have definitely let their off camera life go super amazing and busy!

Yes it is true but our beloved Diljit Dosanjh was not in the list. Well, we all know that Diljit is shy in person and is an introvert. But who would believe it if they see his on-screen performances! Akshay Kumar once opened up about Diljit’s on-set life in an interview. Akshay said that everyone on the set used to be very much into each other & used to gossip a lot but Diljit was the one who was quiet and calm.

“Diljit was the only one who used to be super quiet on the set and used to save his energy for the shooting as he has just done an amazing job in the film”, said Akshay Kumar. The B-town actor said that Diljit does a great job when it comes to letting the talent and acting flow out of him.

Not just this, he also believes that Diljit has a perfect comic timing and is supreme in doing comical roles, in fact ‘does best comic performances’. Well, this should be believed undoubtedly and the Punjabi audience is very well aware of this fact and that his comedy movies are above par and Diljit is perfect at humor-filled jokes.

Diljit’s character in Good Newwz as Honey Batra will remain unforgettable to people as it was one of his best performances in the Bollywood films he has done so far. This film grossed over Rs 318 crores worldwide which made it a superhit comedy drama. 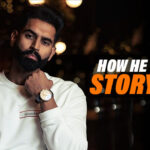 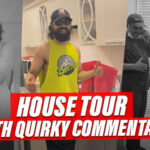