Yo Yo Honey Singh and Badshah, are two of the biggest names in the Indian Music & Entertainment Industry. They worked hard and marked their special place in the business across the world.

While Honey Singh is considered a musical legend by his fans, Badshah is ruling the music charts with his superhit songs. They two are known for making chartbuster songs, and collaborating with renowned artists. But have you ever wondered why they don’t collaborate with each other or come together anymore?

The true fans of both Yo Yo and Badshah must know already that the two had started their musical career together with a popular group called Mafia Mundeer. Not only Honey Singh and Badshah, but today’s popular artists like Raftaar, Ikka, Lil Golu, Alfaaz, J Star and more.

Though, the group was split and the team was scattered. Badshah left the group as he was not given the due credit for lyrics in Honey Singh’s superhit album International Villager.

Also Read: Once known As Mafia Mundeer, Where Is Honey Singh Gang Now?

Both Honey Singh and Badshah are two talents who have the capability to make crazy songs. And songs like Brown Rang, Get Up Jawani, Angrezi Beat and more are perfect examples to it.

But the artists are usually seen avoiding talking about each other, and when they do it’s usually a dig. But in a recent interview with Radio City India, when Honey Singh was asked about the possibility of his collaboration with Badshah, he finally broke his silence.

(Nothing like that i mean he has another zone and he is living his life as he wants to and he’s even doing well internationally now and i hope it stays like this and he works good, and if i want to do something, we’ll meet up).

Honey Singh’s statement has ignited a ray of hope in all the Yo Yo and Badshah fans. So will these two supremely talented artists ever come together for a project in future? You never know! 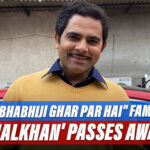 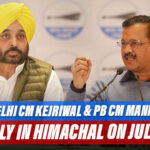