Bohemia, the face of Punjabi Rap, is finally set to drop his solo album. Just a few days ago, Bohemia took it to his Instagram to cancel all of his upcoming collaborations, even the one with Babbu Maan and announced that he will soon be coming up with his Solo Album.

So, here we are! ‘I Am I.C.O.N. (In Control Of Nothing), is Bohemia’s next album. The rapper has finally unveiled the tracklist of the upcoming project. The album will consist of a total of 11 songs. Deep Jandu will be producing the music of the album. Bohemia had announced that this will be a solo album so we might not see any features or collaborations in this album.

The album will be presented under the banner of Geet Mp3 music label. Though Bohemia has released the tracklist of the album through a video clip on social media, he has not yet revealed the release date of the album. The fans are eagerly waiting for their favourite artist to drop this much awaited album. If it took him to cancel all of his collaborations, the project would surely be a memorable and significant one!

The last time Bohemia released a studio album was ‘Skull & Bones: The Final Chapter’ back in 2017 and it was hands down one of the best albums in the industry ever. I Am I.C.O.N. will be Bohemia’s 6th studio album. We are more than excited for this project and can’t wait for it to be released. 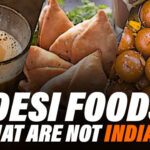 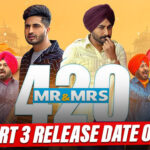