Last year saw the Punjabi fans witness one of the most successful music teams in the Punjabi Music History, break into pieces. The Sidhu Moosewala-Brown Boys bromance ended the way nobody wanted it to. Further, Brown Boys had a breakup among themselves and Sidhu Moosewala, Sunny Malton and Byg Byrd, all of them were on their own paths.

But now, things are about to get big! Sunny Malton posted a picture alongside Sidhu Moosewala on his official Instagram handle today, and it is turning heads! The caption is the most exciting part! “We Back”, wrote Sunny Malton announcing the return of the Sidhu-Malton bromance again. Sunny also wrote in the end that all he wants to say to his fans right now is ‘Ik Vari Hor’ (Once More).

While it is known that ‘Ik Vari Hor’ is a trademark Sunny Malton dialogue but in the context, does it mean that Sidhu Moosewala and Sunny Malton are actually cooking up something together? Chances are very high that the rapper-singer duo is working on a project and might even make an official announcement in the near future!

This is simply the biggest news of the time! Sidhu Moosewala’s initial rise to success was paved alongside Sunny Malton and Byg Byrd. The team was together for years and gave Punjabi Industry some of the biggest hits ever. It wouldn’t be an exaggeration to say that the trio complemented each other’s success!

Things between Sidhu and Sunny started to settle down a long ago. After a lot of online banter, Sunny put up a shocking story that he had realised Sidhu was realer than Byrd. And slowly and gradually, Sunny Malton and Sidhu Moosewala started getting along together and their beef settled down. Now finally, we are on the verge of a new release! Though the collaboration is not confirmed as none of the artists have given an official update regarding it, but it is very likely! 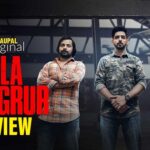 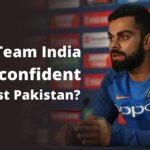