Canadians have it pretty easy when it comes to travel, at least in non-pandemic times. As they have one of the most powerful passports in the world. But do you know why it is so?

Canada regularly features among the countries with the world’s most powerful passports. While the ‘Visa Free Access’ measures the freedom of citizens of that particular country.

The real-time global ranking of passports revealed ranking on Passport Index about Canadian Passport. It states that this passport is more powerful as it provides the ability to travel without a visa in many countries. With visa-free access to 185 countries, Canadians enjoy one of the best-ranked passports in the world according to the latest ranking from the Henley Passport Index. This is the third straight year that the Canadian passport has risen in the ranking.

After flying to Canada, holders of visa-exempt passports are required to obtain an Electronic Travel Authorization in advance of their travel. You need to pay $7 CAD and can be obtained online.

Adding one more beautiful thing to the list, Canadians now have another thing to brag about: their awesome passports which glow in the dark to show pretty pictures of exploding fireworks.

The pages of the new passport, which was released in mid-2013, are covered in fun and colorful UV-reactive images that can only be seen under a blacklight.

These colorful UV-reactive rays are meant to serve a security purpose. Along with a biometric chip in the back of the passport, the images are designed to make it impossible to duplicate or forge the travel document.

Meanwhile, Canada gives you more benefits too like Canada does not make you choose between being a Canadian citizen and being a citizen of your home country. Depending on your home country, you may or may not have to make that choice. 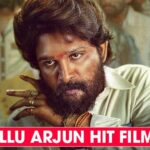 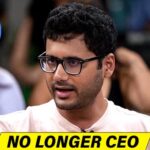