Jagdeep Sidhu has been one of the most realistic writers and directors when we talk about depicting the personally experienced scenarios on the big screens. Not just once or twice but he is seen opening up about amazing & realistic stories regarding his movies, very often. And the song, Bewafai Kar Gaya has a similar story related to his life.

Jagdeep has done a prolific job as a writer for the movie Lekh and we surely can’t get enough of the songs too. Watching the love story of Tania and Gurnam Bhullar as Ronak and Rajveer feels like a real incident happening in front of us and why not, the visuals are too awesome to be forgettable. Bewafai Kar Gaya from Lekh has been one of the most soulistic song, even for the makers as the writer has a special story related to the song and his life.

To relive his memories, the writer-director shot a part of the song, Bewafai Kar Gaya, in the same cinema hall with the lead actors of Lekh film. Where Tania and Gurnam can be seen enjoying their moments to the fullest while watching the movie, we definitely can imagine Jagdeep and his first-ever experience of watching a film on the big screens.

It is no less than a dream and an achievement for Jagdeep. On the other hand, Jaani and B Praak have beautifully written and sung the song, whereas, the actors are cherries on the cake and super amazing to watch.
https://www.youtube.com/watch?v=uvsaIb1bNdc 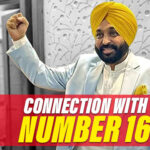 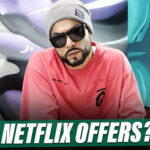