We are not wrong if we say Punjabi Industry is small yet the most talented. The artists here are multi-talented which can be proved by many examples.

After many punjabi superstars like Diljit Dosanjh, Ammy Virk, Gurnam Bhulla, Jassie Gill and many more, now one more name is soon going to be added in the league.

Punjabi singer Jass Manak has recently announced his upcoming movie ‘Jatt Brothers’. This Punjabi movie will mark the debut of Jass Manak in the acting world. Jatt Brothers will hit the theatres on 9th July and will feature Jass Manak and Guri in lead roles.

He shared the poster of the movie on his Instagram account and wrote, “Heres the surprise , Sharing The Releasing Date of My Debut Movie “JATT BROTHERS” With My bro @officialguri_

On the other hand, Guri also shared the poster of his upcoming movie on his Instagram account.

As per the poster revealed, the movie is produced by Omjee Star Studios and Geet MP3, directed by Manav Shah and written by Dheeraj Rattan.

For now no details about the female lead has been out yet. 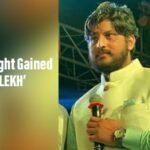 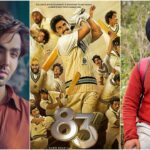