Both Amitabh Bachchan and Rekha are two superstar veteran actors in the Bollywood Film Industry. Not only they have entertained fans for decades with various superhit movies individually, but have also worked together in some highly acclaimed and love movies like Silsila, Muqaddar Ka Sikandar and more.

The on-screen duo has also been known for their real-life chemistry as the duo was once in a serious romantic relationship with each other. But this love story was obviously controversial, as Amitabh was already married to Jaya Bachchan, hence this was a messy love triangle.

While Jaya Bachchan and Rekha were involved in ugly cat-fights for many years, there was a time when Jaya Bachchan actually cried watching Amitabh-Rekha romancing each other. Though it was not real, but only a scene in a movie, it was hard-hitting and Jaya couldn’t control her tears.

It happened during the trial show screening of Muqaddar Ka Sikandar. And Rekha herself revealed the same in one of her interviews. In a conversation with Stardust, Rekha opened up about the incident and stated, “Once, I was looking at the whole (Bachchan) family through the projection room when they came to see the trial show of Muqaddar Ka Sikandar. Jaya was sitting in the front row and he (Amitabh) and his parents were in the row behind her. They couldn’t see her as clearly as I could. And during our love scenes, I could see tears pouring down her face.”

It undoubtedly was a big thing, as Rekha also revealed that after a week of this incident, Amitabh Bachchan had announced in the industry that he will no longer work in movies opposite Rekha.

Also Read: Jagdeep Sidhu Originally Wanted To Make Moh In Hindi! THIS Is What Stopped Him

It is believed and reported that Jaya had forced Amitabh to stop working with Rekha or else she will leave him. It was big news, as Amitabh and Rekha made the most loved and successful on-screen pair back then. But destiny surely had some other plans for them both personally and professionally. The duo parted ways and lived their individual lives. 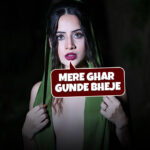 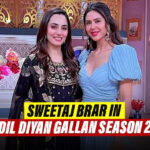