It looks like Jitendra Kumar has no plans to stop and rest. The star actor who is currently busy gathering praises and appreciation for Panchayat season 2 is now all set to entertain fans once again. Yes, a new project starring Jitendra aka Jeetu has been recently announced.

This time, Jeetu is collaborating with Netflix for the upcoming movie ‘Jaadugar’. The title indeed sounds fascinating, and so is its teaser. Netflix and Jitendra have announced the film with a quirky teaser on social media.

In the 20 second video, the teaser has revealed the first look of Jitendra dressed as a typical magician which we used to look at and laugh at during our childhood days. A dramatically drawn mustache and a tilak on the forehead is surely giving Jitendra an all-new avatar.

The film is scheduled to release on 15 July on Netflix and will also star Jaaved Jaaferi and Arushi Sharma in pivotal roles. The announcement has made all the Jitendra fans excited and eager to know more about the project.

Also Read: Do You Know THIS Actor In Panchayat Series Has Also Acted In Various Punjabi Movies?
Netflix India has summarized the synopsis of Jaadugar by writing, “A small-town magician with zero interest in football must lead his local team to the finals of a tournament if he wishes to marry the love of his life.”

Jitendra who is already the talk of the town due to the recent release of Panchayat’s Season 2 has now made headlines once again. We personally are looking forward to the trailer of the film so that we can get a better idea about the concept. 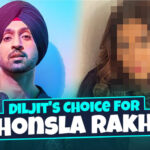 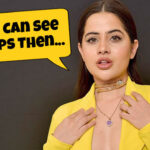