Bollywood actress Kangana Ranaut is one name that is usually flashing in news headlines, social media buzz and especially on Twitter. There is no denying the fact that she enjoys a massive fan following, but the amount of criticism that she faces is also not any less. The actress recently hit the box office with her recent action-drama movie Dhaakad with Arjun Rampal, which turned out to be a disaster. The film failed miserably at the box office and invited huge criticism and trolls for Miss Ranaut.

But it seems like Dhaakad’s failure has not actually affected Kangana in any way as the actress is now already prepping for her next project. Kangana Ranaut’s upcoming Bollywood movie will be called ‘Emergency’ and will be slightly based on the life of India’s former prime minister Indira Gandhi.

Though, Emergency will not be a biopic on Indira Gandhi’s life, the film is going to be a political drama in which Kangana will play the lead role of the prime minister.

Apart from acting, Kangana will also direct the project and it took her almost a year to make up her mind for the same. Earlier, it was being reported that Sai Kabir who directed Kangana’s 2014 film Revolver Rani will direct Emergency. But later, Miss Ranaut clarified and stated that she will direct the film herself as she believed no one else can handle the project better than her.

While writing about the same, Kangana shared on Koo, “Pleased to wear director’s hat again, after working on ‘Emergency’ for more than a year, I finally figured no one can direct it better than me, collaborating with fabulous writer Ritesh Shah, even if it means sacrificing on various acting assignments I am determined to do it.”

There is no buzz and excitement for the same on social media or among netizens yet, but this project is sure to attract more headlines and some probable controversies as well. 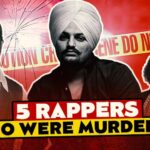 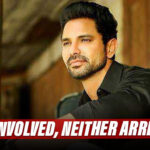