Bollywood actress Kangana Ranaut never misses any chance to come into the limelight. This time again she is making headlines as the actress will be appearing in an upcoming episode of The Kapil Sharma Show to promote her latest film Thalaivii. Kapil couldn’t help but poke fun at Kangana during the show.

A glimpse of her appearance was shared by Sony Entertainment Television on social media platforms, in which Kapil informed her that a lot of security personnel reached the sets before she arrived. “Hum toh darre hue the ke humne aisa kya keh diya. Itni saari security rakhni ho toh kya karna padta hai aadmi ko (We were scared. What should one have to do to get this much security)?” Kapil asked Kangana.

Further, In another portion of the video, Kapil also jokingly asked Kangana, “Kaisa lag raha hai, itne din ho gaye, koi controversy nahi hui (It’s been a while since there’s been a controversy, how does it feel)?” The actor couldn’t help but laugh.

During one of the sequences, Kapil could be seen holding a fire extinguisher in his hand. When Kangana asks him why he’s holding it, he responds, “channel bol raha that Kangana jaha bhi jaati hai aag laga deti ha”

The clip ends with Krushna’s appearance and his statement on the actress leaves Kangana in splits yet again.

Kapil and Krushna jokes referred to a few of the controversies Kangana has been in the middle of. The trailer has left everyone in slashes and we are sure that the upcoming episode will be more fascinating.

Meanwhile, talking about her movie ‘Thalaivii’, based on the life of the late Jayalalithaa. It showcases the varied aspects of her life, tracing her journey as an actress at a young age to becoming the face of Tamil cinema as well as the rise of the revolutionary leader that changed the course of Tamil Nadu politics. 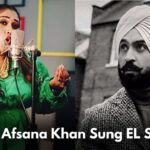 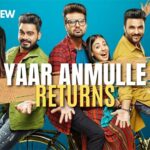