Karan Aujla is the most loved singer and lyricist in the Punjabi music industry. A number of hits such as ‘Don’t Worry ‘, ‘Kya Baat Hai’, and ‘Guilty’ are his songs. In Such a small duration of time, he attained humongous stardom.  He is one of the youngest singers in the industry.

As Gurpreet Ghuggi says, ‘grinning faces are not necessarily happy, they hide their grief behind their smile’. Karan Aujla is the prime illustration of this, he has a wounded past, when he was only 9 years old his father died in a road accident near Shahkot, Punjab, and three years later in 2010, he got to know his mother was suffering from cancer and she had merely 8 months. Those 8 months were excruciating for him as a twelve-year-old boy.

Karan Aujla Reveals It Was His Dream To Collaborate With Labh Heera, Read Details

In 2011, his mother’s demise broke him. But he has to move on, in that low phase of him, his sisters and relatives were there. But some of the relatives spoke ill, which somehow conditioned him for the vulturous world and helped him to evolve. Those last months with his mother made him the man he is now.

He always urges his followers that life is too short, live the fullest and give love and respect to the parents.

What Karan Aujla Has To Say About The Million Views On A Youtube Video! 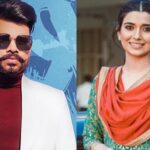 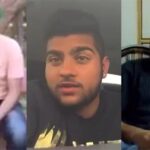