Punjabi singers leave no stone unturned to surprise their fans whether by their songs or the announcements of new movies. And recently, Kulwinder Billa and Bunty Bains did the same. Bunty Bains, the lyricist of the song, took to his official instagram handle to share the first poster look of the upcoming song by Kulwinder Billa named Laala Laala. The song has been jotted down by Bunty Bains whereas music for the same is done by Desi Crew. Talking on the featuring front, Alankrita Sahai is to be featured in the song sung by Kulwinder Billa.

Laala Laala’s video has been done by none other than ‘The Tru Makers’ who impresses the viewers by their smooth work in the direction and the song is all set to release on Brand B’s Youtube channel.
Have a look at the poster:

Although there is no other information out form the team, yet the poster reflects that the song is going to be a perky one and we are sure Kulwinder Billa is going to impress us once again.
Also, Kulwinder Billa released a track lately named ‘Unforgettable 1998’ which received great response from the audience. On the acting front, Kulwinder Billa will soon be seen in the movie, ‘Parauhneya Nu Dafa Karo’ which is scheduled to release this year. 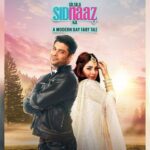