As per the latest development, Deepak alias Mundi, the chief shooter of renowned Punjabi singer and Congress leader Sidhu Moose Wala, has been arrested from the Bengal-Nepal Border. Furthermore, it was a joint operation of Delhi police with the Central agencies, as stated by Punjab DGP Gaurav Yadav.

Reportedly, Deepak alias Mundi has been nabbed alongs with two of his associates – Kapil Pandit and Rajinder. Moreover, Punjab DGP Gaurav Yadav called it a “major breakthrough” in the Sidhu Moose Wala murder case. As tweeted by DGP Gaurav Yadav:

According to DGP Gaurav Yadav, Deepak was the chief shooter, who was in the Bolero car during the incidence, while his two associates – Kapil and Rajinder helped him with weapons and hideouts. Sidhu Moose Wala was shot dead on May 29, in his native village in Mansa district, Punjab. Canada-based gangster Goldy Brar and Bishnoi gang claimed the responsibility for his murder.

The incident happened a day after the Punjab Police scaled down his security, along with 424 other VIPs.

The Bishnoi gang called it a revenge for youth Akali leader Vicky Middukhera’s murder. On July 20, two of Moose Wala’s murderers were shot dead nearby Amritsar after exchanging fire with the Punjab Police. The two, identified as Jagroop Singh Roopa and Manpreet Singh, were found to be in possession of an AK-47 and a pistol after the confrontation.

Though, including the Bishnoi gang chief Lawrence Bishnoi as well as many other members of his gang had been nabbed by the Punjab police, and the interrogation is in progress, Sidhu Moose Wala’s parents, last week, announced to protest for justice to their son.

Apart from being an eminent singer, Sidhu Moose Wala was even a politician, who contested the assembly elections from Mansa on the ticket of the Indian National Congress, but lost to AAP’s Vijay Singla, the former minister who had been later suspended from the Mann cabinet over the corruption charges.

However, now, with Deepak alias Mundi, the chief shooter of Sidhu Moose Wala, being nabbed, it’s seen as a big breakthrough in the entire case. 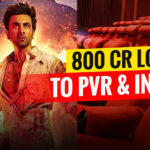 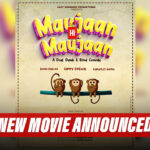