According to the most recent report by the National Crime Record Bureau (NCRB), Ludhiana witnessed 17.85% fewer murders in 2021 as compared to that in 2020. Reportedly, in the city, a total of 46 murder cases were reported in 2021, 10 lower than the 56 murder cases recorded in 2020. However, despite this significant drop, the city of Ludhiana is the second most unsafe city in Punjab, as per the NCRB report.

As per the data, Amritsar Rural is on the top of the list, where 55 murders, 9 more than that in Ludhiana, had been reported in the same time. Furthermore, this is a matter of concern for Punjab police as well as the government.

Moreover, according to the National Crime Records Bureau’s data of 2021, Ludhiana witnessed a 24% rise in crime against women as compared to that in 2020, which is a worrying trend. Additionally, in the city, there were 520 reported instances in total, which is a considerable rise from 2020 when there were 418 reported offences.

Furthermore, given the large number of offences previously reported in the city—595 in 2019 and 662 in 2018—the most recent figure came as an outlier for the decreased trend for violence against women. However, still the crime against women is a matter of concern in the city. Additionally, the report stated that 108 minors were assaulted sexually in 2021, a huge jump in the figure as compared to that in 2020.

However, the police officials stated that due to lockdown, the minors were with their families and stayed safe, that’s why the cases were less in 2020 and now in 2021, as their movement increased, the cases also witnessed a significant rise. Likewise, 161 cases of dowry were reported in the year 2021, while in case of Kidnapping and abduction, 141 cases were reported in the last year. 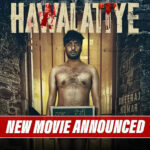 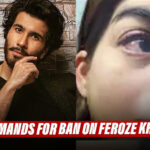