Parmish Verma upset many fans when he got married to Geet Grewal. The ‘Shada’ Union saw their head walk away from the association with the blink of an eye. Singles all over Punjab were left heartbroken, just like countless girls who dreamt of marrying Parmish, when photos from Parmish and Geet’s marriage surfaced on the internet.

Now, to celebrate his farewell from the union he once used to be a head of, Parmish Verma has released a new track. Titled ‘No More Shada’, this track is a serious blow to all the singles of the world. Punjabis have seen many ‘flips’ in recent times but Parmish’s flip has turned out to be the worst one of the lot.

Parmish released ‘Shada’, a song that celebrated his bachelorhood, in 2018. The song not only gave hope to all the Shadas but became a single-hood anthem! Today, it is heartbreaking to watch the same man behind ‘Shada’ come out with a track named ‘No More Shada’.

The song has been sung by Parmish himself while the female part of the song contains Gurlez Akhtar’s vocals. Parmish’s close, Laddi Chahal has written the lyrics of the song. The video, created by Parmish himself, also lets the audience have an insight into Parmish-Geet’s grand wedding reception! Music has been done by Desi Crew.

At the end of the song, Parmish requests the senior leaders of the union to accept his official resignation. “Yaariyan Vi Nibhavaange Te Jimmewaariya Vi Pugavaange”, is all that Parmish needs to conclude the song. Jokes apart, we wish Parmish Verma and Geet Grewal a super-happy married life! 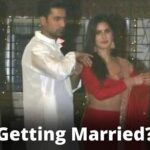 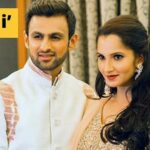