There are many videos on social media which either make us laugh or there are some which intentionally or unintentionally trigger our sentiments at times. And one such clip has been surfacing on the internet which is facing outrage from the public. In the latest incident, a video of well-known Pakistani television host and journalist Aftab Iqbal has been surging all over the internet. The video has made Punjabis bow their heads in shame. In a viral video, Aftab Iqbal is seen making fun of Punjabi language. The anchor can be seen pronouncing Gurmukhi Punjabi letters in front of a young audience in one of his shows.

But what caught everyone’s attention is his accent and how he is pronouncing.

Netizens are showing their anger and comments at how this Pakistani host was making fun of Gurumukhi. People took it to the internet to show their outrage against the same.

Meanwhile, this is not the first time anyone is mocking the Punjabi language. Recently, a case also came to light in which Sikh Gurmantar was allegedly insulted by A Dutch Show.

After the video of Aftab went viral, he hasn’t given any official statement regarding the same. But the outrage is growing like a wildfire on social media. 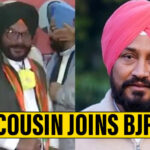 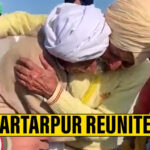