Punjabi movie Moosa Jatt, which was released on October 1st worldwide except in India is garnering a positive response from the audience. The debut Punjabi movie of Sidhu Moosewala and Sweetaj Brar ‘Moosa Jatt’ is fulfilling the promise to deliver a dose of utter desi swag and an action-packed plot. The film landed into controversy and was refused for certification in India. But the team of Moosa Jatt are making efforts so that it sees the day of light in India.

Further, many Punjabi celebrities came in support of actors and the team. Recently ‘Shooter’ fame Shubh Sandhu and ‘Chal Mera Putt’ star Simi Chahal support the film. Adding to the list, now singer and actor Parmish Verma took to social media and shared a video in backing of Sidhu Moosewala and his debut film.

He first congratulates Sidhu and the whole team for the film. Afterwards, he says that this is not the first time a newcomer in the film industry is facing this problem as they are not much aware of the techniques and strategies. When he released his debut film Rocky Mental, the same issues occurred during that time and instead of releasing on Friday, it was released on Saturday. He requested everyone to watch the film who lives in Canada, Australia, UK and other foreign parts and concluded that the film will definitely release in India too.

Here’s the video of Parmish in support of Moosa Jatt:

Now, this humanitarian message from Parmish Verma has made him look more adoring and charming. Hence we also hope that Sidhu and Sweetaj’s debut film soon gets certified by the censor board.

Sidhu Moosewala’s Moosa Jatt Will Soon To Be Available Online On Chaupal, Details Inside 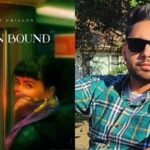