The controversial film, Kya Meri Sonam Gupta Bewafa Hai, is again in talks because of the freshly registered case against the writer & director of the film, Ssaurabh Tyagi, producers Dhaval Jayantilal Gada, Akshay Jayantilal Gada, Chirag Dhariwal, Mohammad Atarwala and the OTT platform, Zee5. The case has been registered by the police of Thana division No. 5 in Ludhiana.

Earlier, for weeks this movie was quite controversial for hurting the sentiments of Sanatana dharma. Now the controversies are again pacing up and Chandrakant Chadda of Shiv Sena Bal Thackeray has filed up the complaint against the director and 5 others under the IPC Section 295-A & IPC Section 298.

There was outrage among the people of Hindu community about some scenes in the film. Samrala Chowk was also jammed two days ago on behalf of Hindu organizations. During the ongoing protest, the police force assured of registering the case against the makers of the film. It was also revealed that there were some vulgar scenes in Jagaran that were filmed in the movie and also objected to the offensive use of words for Mata Vaishno Devi Ji and Tara Rani Ji in it.

Chandrakant Chadda said, “The makers of the Pen studio produced film, Kya Meri Sonam Gupta Bewafa Hai have presented vulgar scenes and the intake of liquor during a vigil and also the use of offensive words for Hindu community goddesses.”

During the protest, the police commissioner of Ludhiana, J Elanchejian, himself reached the spot and ended the strike by assuring the protestors to file a complaint. Later, the case was registered against five including the director of the Jassie Gill and Surbhi Jyothi starrer film. 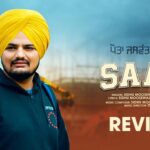 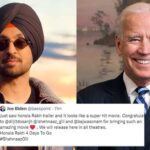