It feels like all the speculations running around might actually come true! Prem Dhillon has dropped a big hint towards an upcoming collaboration with music producer Byg Byrd. Byg Byrd uploaded an Instagram story tagging Prem Dhillon and hinting towards a probable collaboration.

But the minds of the audience were blown away when Prem Dhillon also added it to his Instagram story. This almost confirms that the two are actually cooking up something together, Almost! Though there’s no official confirmation regarding the collaboration from both the artists, one line in their Instagram story ‘We Coming For The Top’ gives the audience every right to believe that a collaboration is on its way. It could also be a story referring to their upcoming show together, on 12 November, but since nothing is confirmed, the public is making their own theories.

While this might excite many Prem and Byrd fans, it also makes us suspicious if we turn back the clock a little. Just a few days ago Sidhu Moosewala had uploaded a story, taking shots at one of his close friends. The audience had started speculating that Prem Dhillon is the one Sidhu is referring to. The public believed these rumours mainly because Prem has a show on 12 November, which also featured Byg Byrd.

ALSO READ | Sidhu Moosewala Firing Shots At Somebody In His Snapchat Story! Who Is It?

There is no question to the fact that Sidhu and Byrd are not on good terms as of now. Byrd recently liked Sidhu’s Instagram post but that holds no major significance right now. In Prem’s defense, the public also brought out the fact that Prem is not actually performing with Byrd on the stage, they are just featured in the same event.

But now, it is confirmed that Prem and Byrd are getting along together and this might actually make those rumours about Sidhu and Prem’s rift, true! Prem and Byrd’s build up makes us believe that Sidhu’s story was actually fired at Prem Dhillon. As of now, we are not sure about anything but things are surely getting heated up. Upcoming days could also bring the group together, or could mean a bigger breakup, let’s just hope for the best! 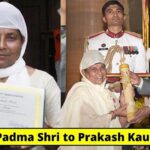 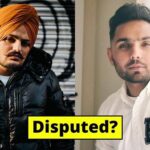