Puaada’s official trailer has dropped on Zee studios’ official youtube channel. The Ammy Virk and Sonam Bajwa starrer is the most-awaited punjabi film right now and to handle the hype, the team decided to drop the trailer today.

The trailer is a treat to its viewers. It successfully reveals the plot of the movie wherein Ammy wants to marry Sonam, but Sonam’s father comes in as a bug obstacle on the way. The story goes on with humorous scenes and dialogues, a trademark of the Punjabi movies. Ammy Virk initially tries to marry Sonam despite all the difficulties but later messes everything up in the meeting with her father.  Ammy Virk, as always, looks completely natural in his character wherein, he’s playing a milkman, is all set to win over the audience’s hearts. The very beautiful Sonam Bajwa is also looking confident in her character and is surely going to make many Punjabi boys’ hearts melt.

Puaada was initially set to release on 11th of March. But the date passed without any updates from the team. Soon, the team announced 2 April to be the official release date of the movie and now, with the trailer, the audience is more hyped up than ever for the movie. 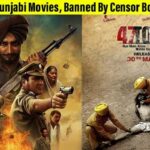 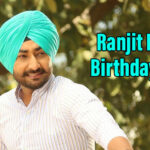