Amidst the upcoming assembly elections in Himachal Pradesh, the Aam Aadmi Party, for the first time, has been actively campaigning on ground as well as on social media, emerging as a third option. Additionally, after various campaigns, now the Aam Aadmi Party has decided to announce various guarantees of Delhi CM Arvind Kejriwal for Himachal Pradesh

Punjab chief minister Bhagwant Mann and Delhi’s deputy CM Manish Sisodia has reached Shimla, Himachal Pradesh, to announce the guarantees of the Aam Aadmi Party. An event organised at Khalini, Shimla, witnessed a large number of party workers from across the state.

As per the speculations, the Aam Aadmi Party is set to make some big announcements like it did in in Punjab, including 300 units of free electricity. However, in Himachal and Gujarat as well, the AAP has been targeting the state governments over the bad condition of the government schools and hospitals.

However, the BJP as well as the Congress party have been targeting the AAP, slamming the party convenor and Delhi CM Arvind Kejriwal over his election announcements, calling them “freebies” to lure the public, while the AAP defends itself, stating that these “freebies” are actually the “rights” of the people.

Meanwhile, with the Aam Aadmi Party making announcement of its guarantees in Himachal today, the political temperature seems rising before the upcoming assembly elections in November this year. Himachal is one of those states where the people believe in changing the regime every five years. 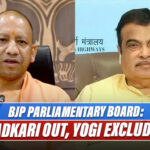