Attacks by Pitbull is one of the all-time concerns, the reason why this specific breed is banned in many countries. However, the breed is specifically aggressive and dangerous.

One such case occurred in Punjab’s Gurdaspur today, where a pitbull attacked 12 individuals in five different villages, leaving them with significant injuries. From Tango Shah hamlet to Chuhan village, the dog went over 15 miles, biting people. However, a veteran soldier shot him in self-defense at the last stop.

The dog initially bit two workers close to Tango Shah village. Though, by placing a chain around its neck, they were both able to save their themselves. The dog, however, was able to ran away and enter the village. Reportedly, Dilip Kumar, 60, was attacked when he was sitting at his home. While clutching the dog by the neck in an attempt to stop it, Kumar was pulled while heavily bleeding. Finally, by dragging him through the gate, Dilip Kumar’s brother saved his life.

Furthermore, the Pitbull then injured Baldev Raj by biting him in the leg, then ran towards Gharota Road, killing other animals along the way until arriving at a brick kiln. Then, at the kiln, he attacked Ramnath, a Nepalese watchman. However, two stray dogs managed to save Ramnath.

Similarly, Mangal Singh, a resident of Chhani village, was then attacked by the pitbull. Surprisingly, he ran to another village at around 5 a.m. and attacked the people doing morning walk.

Finally, when the Pitbull attacked Captain Shakti Singh, a former army officer, at Chuhan village and severely injured his arm, Singh grabbed the dog by both the ears and inserted a tick into its mouth. When the villagers came to his rescue, Singh and a few others killed the dog. Reportedly, the injured individuals are under medical care in civic hospitals in Dinanagar and Gurdaspur.

Due to their history in dog fighting, the sheer volume of high-profile assaults covered by the media over decades, and their propensity to latch on while biting, Pitbulls have a controversial image as pets across the globe. Furthermore, having a Pitbull as a pet, needs special care and monitoring. 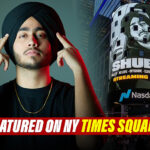