Popular Punjabi singer Amanjot Singh Pannu, alias Alfaaz, has been hospitalized after suffering various major injuries in a collision with a tempo truck. On October 1, Saturday, Alfaaz went to have dinner with his friends Teji, Kuljit and Gurpreet in a Dhaba. There a former Dhaba employee named Vicky got into a heated argument over monetary issues with the Dhaba owner.

When the owner refused to settle the payments, Vicky tried to steal his temp parked outside the Dhaba. In a hurry, he ignored Alfaaz standing behind the tempo and hit him while reversing the vehicle.

This left Alfaaz massively injured and he was then hospitalized in Fortis Hospital located in Mohali’s Phase 8. Punjabi rapper and singer Yo Yo Honey Singh took it to his Instagram account and updated the fans and well-wishers about Alfaaz’s condition.

Yo Yo Honey Singh first updated an Instagram story where he bashed the attacker badly. In the now-deleted story, Honey Singh wrote, “My brother @itsaslialfaaz has been attacked last night, Whoever planned this Mother F***** I won’t let u go !! Take my words !! Everyone pls pray for him.”

He then updated another Instagram story thanking Mohali police for arresting the culprits. ‘Special thanx to Mohali police who caught the culprits who hit Alfaaz with a tempo traveller on road last nite @itsaslialfaaz is now out of danger too’, wrote Yo Yo Honey Singh.

As per the report of The Tribune, the Punjab Police has booked an accused named Vicky for hitting Amanjot Singh Panwar, “after an altercation between the singer, the eatery owner, and the suspect over money matters on Landran-Banur Road in Mohali.”

The vehicle was being driven by a former employee of the dhaba, who was trying to flee with it over a payment dispute with the eatery’s owner; he was arrested on Sunday for rash driving and causing grievous injuries, said Mohali police

Moreover, Yo Yo Honey Singh has also updated his Instagram with a health update about Alfaaz. In his recent Instagram story, Yo Yo revealed that he has come to see Alfaaz in the hospital. “He is still serious n in ICU Pls pray for him”, said the Insta story.

Team Kiddaan prays for the best for his health and speedy recovery. 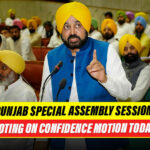 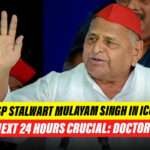