All the Bollywood fans must be really happy and excited to experience movies announcement one after another. A new announcement has been made which says Rajkumar Rao and Kriti Sanon will be starring opposite each other in an upcoming Bollywood Film. The pair has already worked together in 2017 released Bareilly Ki Barfi. As per reports, the film will be a family comedy. Paresh Rawal, Ratna Pathak Shah, Aparshakti Khurana and others will also be playing important roles in the same.

For now the upcoming Bollywood project is untitled. But it’s confirmed that it will be produced by Dinesh Vijan and Mahaveer Jain. This will be their first collaboration together. It’s been said that the yet untitled Bollywood film will hit the floors by the end of October 2021.

Also Abhishek Jain will be directing the film. For now no other details or information about the film are out. We will update you with the same as soon as we get our hands on them.

Also Read: What Does 13 (Thirteen) Stand For In Robyn Sandhu’s Latest Track 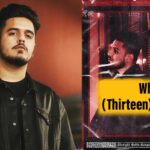