Punjabi film director and writer Taj who recently released his web series Range on brand new OTT Platform Chaupal has taken to his social media handle to announce his next directorial.

Titled ‘Painter’, whose tagline is ‘Ranga Di leek, Mohabbat De Chhinte’, it seems like this upcoming film will revolve around the story of a painter and his love for art.

Further, something concrete can only be said after the release of its teaser or trailer.

Sharing the news and poster on social media, The artist looks like he is excited to share his project with his fans. Talking about the poster, it illustrates paint brushes, some sprinkles of colors and drawings. The fixed date of the movie has not been revealed but it will be released next year in 2022.

Take a look at the poster of ‘Painter’:

Coming to the lead and other actors, the writer-director has not shared any details on it. But the poster reveals that the film will be presented under HF Productions. Further, produced by Gurpreet Deol, Sonu Shergill, Laxman Verma. Dialogues are written by Mani Manjinder Singh who has also given his hands to Director’s web series ‘Range’.

Speaking about the earlier projects of Taj, they are much appreciated and loved by fans and the people from the fraternity. Now let’s wait and hope that we get to know more about his upcoming venture. 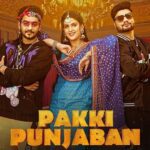 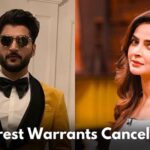