It is not unknown that the farmers’ protest has touched the heart of every Indian; however, people who have known their journey are affected by it more. Many Punjabi singers, actors and other artists have supported the protest from day one and are still speaking on it.

Recently PM Modi announced the repealing of three farm laws, to this, the supporters of the protest took to their social media to share their happiness. For instance, Punjabi singer and actor Ranjit Bawa who felt deeply for the farmers and thus, raised his voice in their support, kept an eye on all the updates, and replied to all, even urging people in general and people in power to help the farmers.

ALSO READ | ‘The Protest Will Not Be Withdrawn’, Says Rakesh Tikait. Read To Know Why

Now again, the singer has expressed his back for them as recently he went for a show where he sang a song in support of the farmers and the struggle during the protest. Not only this, what caught everyone’s attention when he mocked Bollywood celebrities specially Kangana Ranaut who earlier called farmers ‘terrorists’. While sharing the video, Bawa wrote that we will not say anything, she must have heard the news now. Fans praised him for standing with farmers and disparaging the celebrities.

Meanwhile, As Prime Minister Narendra Modi announced to repeal the contentious farm laws on Friday morning, the Bollywood actress couldn’t stop herself from voicing her opinions on the same.  Sharing a netizen’s tweet on her Instagram story, Kangana wrote, “Sad, shameful, absolutely unfair. If people on the streets have started to make laws and not the chosen government in the Parliament, then even this is a jihadi nation. Congratulations to all who wanted it like this.” 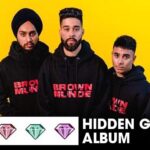 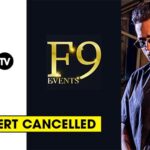