Who has forgotten about the storm Pushpa brought to the box office in December 2021? Not only the film, but the fans are not even over the signature hand gesture of Allu Arjun and the Srivalli song in the voice of Javed Ali. The blockbuster hit film was the talk of the town and gained absolute appreciation from both critics and fans.

The film starred Allu Arjun in the lead and titular role, while Rashmika Mandanna played his love interest in the superhit film. immediately after the film was tagged as a blockbuster, the makers had promised its sequel.

But if you are following the updates on the movie regularly, you must be aware of the rumors in the air. Various reports and news on social media claimed that Rashmika’s character Srivalli will be killed in Pushpa 2 which will leave Pushparaj heartbroken.

Netizens, while discussing the possibility of Srivalli’s death in Pushpa 2 stated, ‘The cliche of villains murdering the heroine in order to exact revenge on the hero is no longer relevant. Despite the old nature of the element, ‘KGF 2‘ utilized it to perfection, because of Prashanth Neel’s exceptional knack for massive scene mounting.’

But how much authenticity lies in this news? We guess none! The producer of the Pushpa franchise; Y. Ravi Shankar has finally broken his silence and opened up about the much-awaited sequel. He dismissed all the rumours and called them ‘trash’.

In a conversation with Pinkvilla, Ravi stated, “This is all nonsense. Until now we didn’t hear the story to be fair and frank, so it’s not like that, and all these are speculations. At this point of time you write anything on that film, no one knows anything about that, so they believe in it. This is being carried by other websites and TV channels also, but it’s false news.”

On being asked if Srivalli is alive in Pushpa 2, Ravi said, ‘Ya ya sure’. He also updated the shooting of Pushpa 2 might commence in August 2022 as the team is in the prep phase right now. 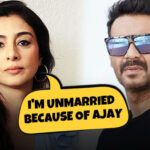 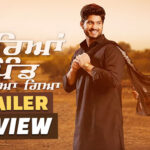