Neeru Bajwa is one of the finest and most prominent actors in the Punjabi Film Industry. She has left fans spellbound various times with her spectacular performances. And now, the actress is all set to entertain her admirers with a new movie.

Neeru will be next seen in the upcoming Punjabi movie called Beautiful Billo. The film will witness an OTT release on Zee5. She took it to her Instagram account and shared the announcement poster of the film. With this, the actress has also unveiled the release date of this exciting project. Beautiful Billo will be released on 11 August 2022. Check out the film’s poster here;

Neeru Bajwa is seen pregnant and posing happily at the camera in the poster of Beautiful Billo. But another thing that we have noticed is the fact that this poster is giving major vibes of Channo: Kamli Yaar Di. In Channo also, Neeru played a pregnant woman roaming on foreign streets.

And before we elaborate more about the film, we need to say that Neeru Bajwa really played smart with her fans today! The actress took it to her Instagram account and shared that she is soon to become a mother once again. And we rightly guessed that it was not about her pregnancy announcement but a trick to grab everyone’s attention. And Neeru rocked at it!

Now moving to the credits of Beautiful Billo, the film will star Neeru Bajwa, Roshan Prince and Rubina Bajwa in the leading roles. The project is directed by Santhosh Subhash Thite and presented by Neeru Bajwa Entertainment, Omjee Star Studios and Sarin Productions.

The film’s poster and announcement surely has grabbed attention and now we are waiting to see what magic it creates with its release. 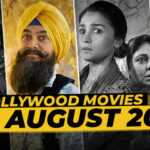