Gippy Grewal and Tania are two of very bright and acclaimed superstars of the Punjabi Film Industry. While Gippy Grewal has been an amazing actor, singer, director and even producer for many years, Tania has proved her skills in Sufna.

And now, Pankaj Batra is finally bringing these two talents together on screen. Yes, both Gippy Grewal and Tania will be soon seen sharing screens in an upcoming Punjabi movie. The film is directed by Pankaj Batra while Rakesh Dhawan has written the story for it.

For now, the project is still untitled but some other details about the project have been revealed in the recently released poster. Apart from Gippy and Tania in the lead, this film will also star actors like Raj Shoker, Renu Kaushal, Anita Devgan, Nirmal Rishi and Hardeep Gill in pivotal roles.

This film is set to release on 8 March and while announcing the same, director Pankaj Batra also revealed some credits of the film. Avvy Sra for the music and Amrit Mann as the lyricist have paired up to handle the music department on this untitled project.

Earlier a picture of Gippy Grewal and Tania along with director Pankaj Batra and writer Rakesh Dhawal also made rounds on social media. The picture includes the lead posing in their looks from the film.

Previously in an exclusive conversation with Kiddaan, Tania had revealed that her character in the film will be equally bubbly and serious. Not only this, but she also confirmed Gippy Grewal’s all-new avatar in the film.

Tania also praised the film’s story as it was the reason that made her accept the film’s offer. Talking about the theme of the film, the actress revealed it will include a good story, screenplay and comedy.

Now, we are eagerly waiting for the film’s team to finally reveal the title of the project as well, so that we can make some wild guesses about the film’s theme. 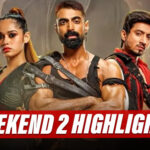 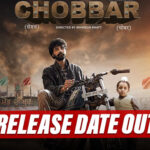