The Punjabi film industry is on roll to continually entertain cinema lovers this year. Various movies have already seen the daylight with their release, some have broken records, and some are still in queue to hit the silver screens. And now a new name has been added in the list of movies scheduled to release this year.

Titled Cheta Singh, the film has become the talk of the town immediately after it was announced. It stars Prince Kanwaljit in the leading role, and actors like Mahabir Bhullar, Japji Khaira, Mintu Kapa and more in supporting roles.

Earlier, its first look poster was released in February this year which made it to the headlines. It was spooky and very engrossing. In the old poster, Prince KJ was seen standing fearlessly in front of a dump of human skeletons.

And now, Prince Kanwaljit has unveiled a new poster along with the release date of the film. Cheta Singh will hit the theatres on 18 November 2022. And in the new poster, Prince KJ is once again seen covering his face and selling flutes.

Prince’s caption to the announcement of the release date has also got our attention as he has expressed his gratitude for Gippy Grewal. While mentioning about his character, Prince has also written, ’ ਚੇਤਾ ਸਿੰਘ … ਹਜੇ ਤਾਂ ਬੰਸਰੀ ਵੇਚਦਾ , ਪਤਾ ਉਦੋਂ ਲੱਗੂ ਜਦੋਂ ,ਵਜਾਊਂ ਗਾ’ (Cheta Singh sells flute currently, you’ll know when he’ll play)

Coming to the credits, Cheta Singh is directed by Ashish Kumar and is produced under Nakash Films Productions. We are extremely excited about this thrilling movie and are eagerly waiting for it to hit the theatres on 18 November. 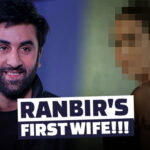 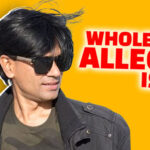