Samdish Bhatia announced through an Instagram story that he will no longer be a part of ‘Unscripted’. The famous Youtube Channel has over 1.46 million subscribers and specialises in authentic interviews, live surveys and ground reports. It gained wide recognition among the people of Punjab for its coverage of the farmers’ protest. Interestingly, it is a venture under one of India’s biggest media companies, Scoopwhoop.

Samdish Bhatia was the main man behind the ‘Unscripted’. He is most famous as the host of the Unscripted channel and for his interviews. But as of now, he’s announced his departure from the platform. Samdish uploaded a late night Instagram story, announcing his departure due to ‘tough circumstances’.

He also added that his resignation is yet to be approved but he is out for good, hence, making it official. The content creator did not reveal any specific reason behind the sudden back step. He expressed his feelings about his time at Scoopwhoop’s Unscripted and said that he’d made a ‘good space’ at the platform. Restraining himself from further expressions, Samdish said that he would share his feelings some other day. The content creator has already started his future planning after leaving the platform.

Samdish reached most of the Punjabi audience through his coverage of the farmers’ protest. Being one of the very few media personalities who actually went inside the protest, Samdish brought out an honest coverage of the protest. The host used to interact with the protestors, giving them a platform to let out their views and demands. The interviews with NDTV journalist Ravish Kumar, farmers’ leader Yogendra Yadav and many such personalities resulted in him becoming an audience favourite.

Samdish’s departure is a huge blow to Scoopwhoop, Unscripted and himself. The reason behind it is yet to be revealed but one thing is for sure, the ‘touch circumstances’ statement means something. We hope Samdish conducts an audience interaction on the issue or lets out details regarding it. 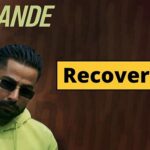 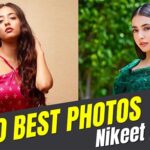