Jagdeep Sidhu has wrapped up the UK schedule for his upcoming film Sher Bagga, starring Ammy Virk and Sonam Bajwa.

Titled ‘Sher Bagga’, the film has been written and will be directed by Jagdeep Sidhu, who has been the captain of the ship for blockbuster Nikka Zaildar and Sufna.

Jagdeep Sidhu earlier said that this is a unique film of his career. And on Saturday, the director shared another great news about the wrap up of ‘Sher Bagga’ on his official Instagram account. What’s a wrap up without cake, so the actor posted the same with penning ‘Wrapping up the UK schedule with roar. A big Thankyou to my entire cast and crew’. The team cut the wrap up cake and celebrated with a party. The shooting announcement was made a month ago and since then fans can’t stop thinking about the movie.

Meanwhile, the movie seemed to be humorous like Jagdeep’s earlier movie Shadaa and Nikka Zaildar. The fans are eagerly waiting for this comedy-drama to hit the screen. Though the official release date hasn’t been revealed yet but it is inferred that they will disclose it soon. 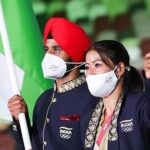 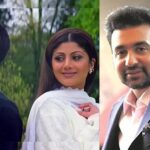